Do you love dogs? We sure do. Dogs are the best, and humanity’s friendship with dogs extends thousands of years into the past. We were excited to find a full registry of dogs in West Boylston from the 1860s in our historical records! A dog license in 1865 cost $2.00 for a male dog and $5.00 for a female dog. We have the full registry, but the writing is difficult to read and photograph, so we’ll only share a few pictures of the most “notable” entries.

Here’s the first page of the registry along with the date of registry, owner’s name, and dog breed and name. All entries are from 1865. 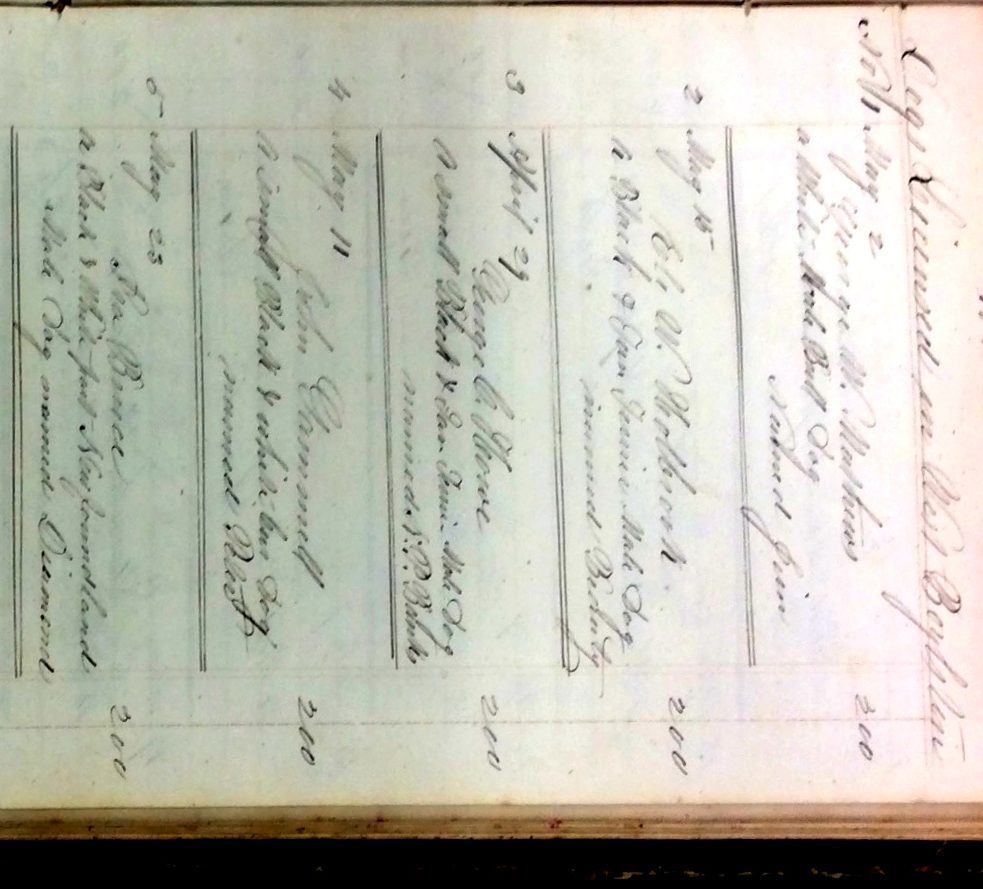 Some notable people appear on this list, including: Eli Holbrook, owner of the Holbrook Mill which has been featured in earlier posts; Sgt. Thomas Plunkett, a Civil War town hero who lost both arms while bearing the American Flag. We’ve attached a photograph of his information listed in the registry.