Skip to content
Home » Latest Posts » Who was Thomas Plunkett? 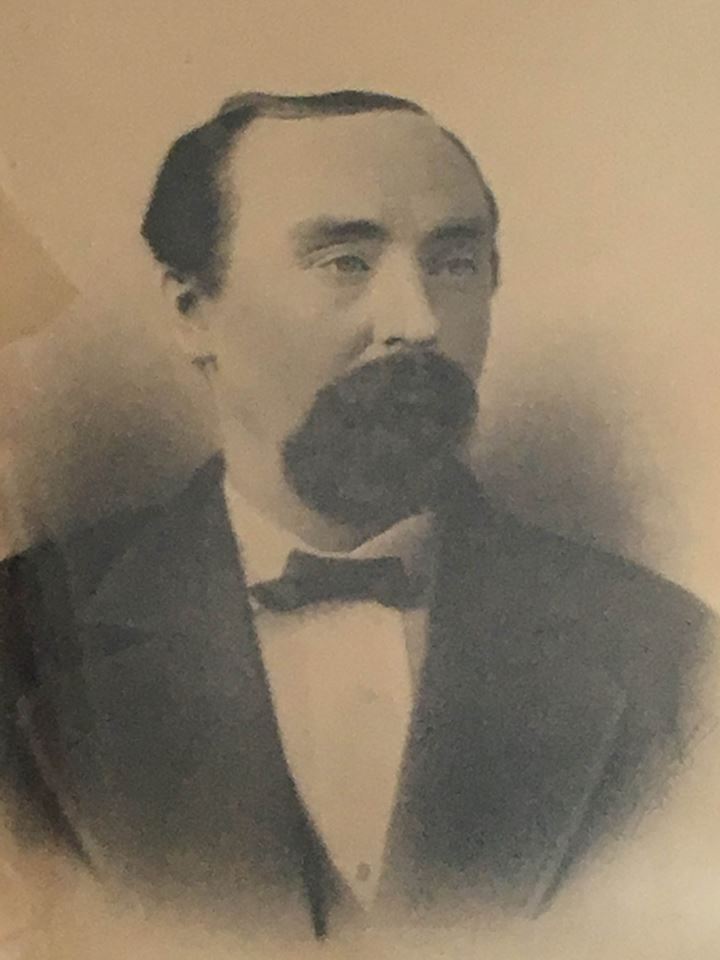 Sgt. Thomas Plunkett had a choice: to flee to safety after receiving a horrific wound or to protect the flag of the nation he volunteered to defend. His decision cost him both of his arms but ultimately made him an American hero.

Born in Ireland, Thomas Plunkett moved to West Boylston as a child and lived on Merriam Farm. The Civil War began in 1861, and Plunkett enlisted in the 21st Regiment of the Massachusetts Volunteer Infantry. He was promoted to sergeant following the Battle of Chantilly: an unarmed Plunkett entered a nearby forest to search for a fallen friend but instead stumbled upon an armed Confederate soldier. Plunkett managed to disarm the soldier and take him prisoner, a remarkable act which made him sergeant. 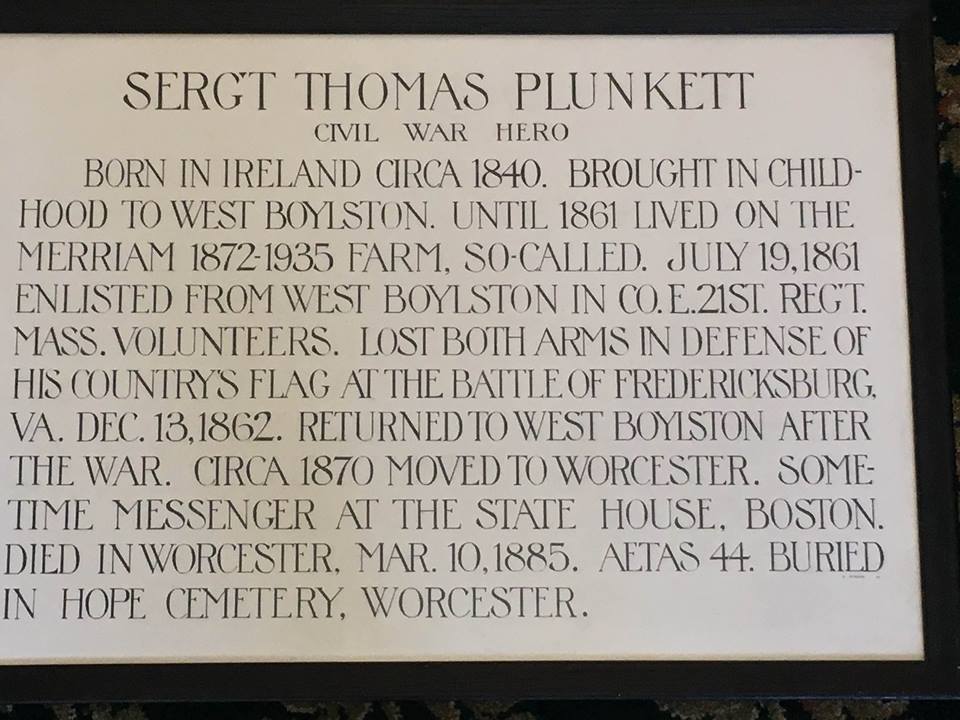 During the Battle of Fredericksburg, Virginia (Dec. 11-15, 1862), the flag bearer was killed, and Plunkett took up the nation’s flag. A cannon blast tore off his arms and wounded his chest—yet he continued to press the flag against his chest with the remnants of his arms until another soldier could relieve him. Plunkett’s arms were amputated following his injury, and he spent several years recovering from his multiple wounds. He moved back to West Boylston following the war and received the Medal of Honor for his bravery. He remained in town for some years and moved to Worcester around 1870. He died in 1885 and is buried in Worcester’s Hope Cemetery.