The Beaman Watering Trough originally stood outside Beaman Tavern, the historic home constructed in the mid-1700s by town founder Ezra Beaman. It stood beside a large buttonwood tree at the edge of the property which Ezra himself planted. Horses could stop to drink from the trough when their owners visited the Tavern. The picture below depicts a horse sating its thirst beside the buttonwood tree.

According to local legend, Ezra filled the trough with rum punch on the day of the town’s incorporation and invited the townspeople to partake in the drink and celebrate with him. Ezra inscribed: “E.B. Sept. 10, A.D. 1808” on the trough’s water pump to commemorate the official foundation of the town.

The trough moved to several different private residences after Beaman Tavern was sold in 1863. The Tavern became a mill workers’ tenement and was eventually destroyed with the arrival of the reservoir, but the trough survived. In 1930, the watering trough came to its current location: outside of the Beaman Memorial Library. Today the trough stands at the intersection of Newton and Central Street as a reminder of the town’s enthusiastic founder.

Fun fact: embedded in the ground before the watering trough is the actual front step from the original Beaman Tavern. 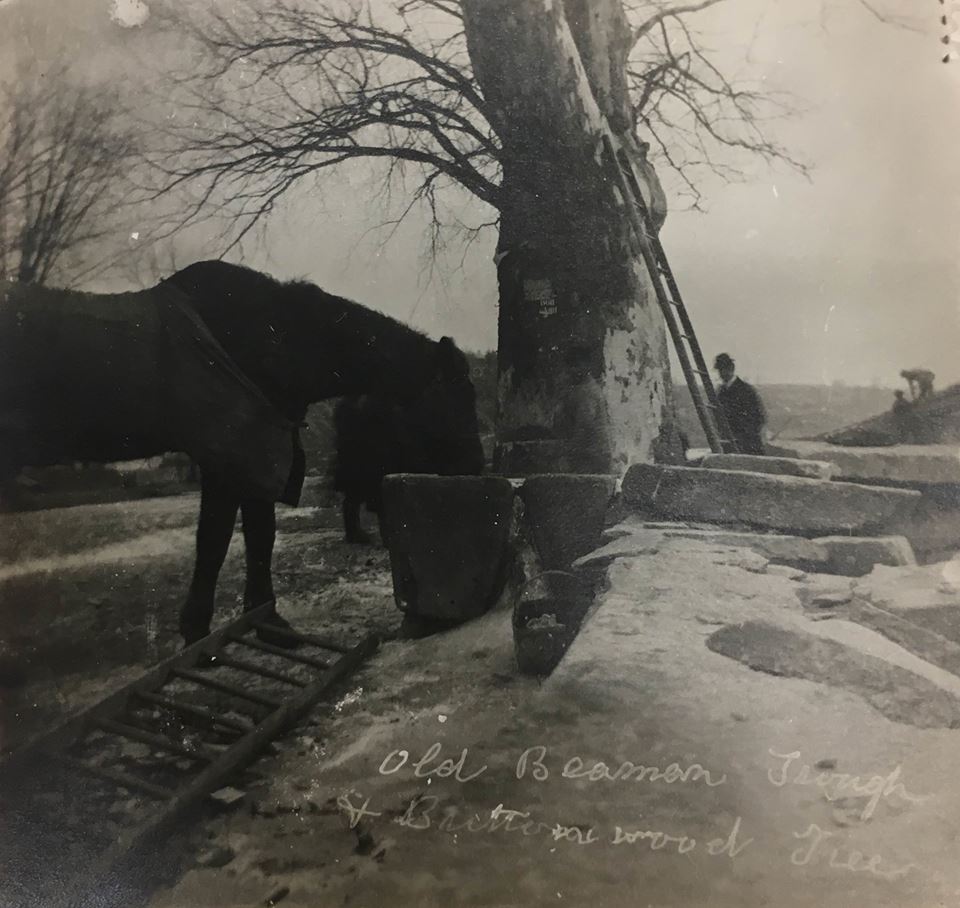