The Beaman Oak has been mentioned several times in previous historical posts, but we have never before we shared an actual photograph of the tree. The Beaman Oak existed long before Ezra Beaman settled in what would become West Boylston. The tree overlooked Beaman Cemetery, where Ezra and his descendants were buried for generations (their graves were later relocated to Mount Vernon Cemetery). The tree was chopped down on January 21st, 1902. At the time of its removal, it was 75 feet tall with a trunk base 27 feet in circumference. The branches stretched over a range of over 100 feet. The Oak had 227 rings when it was cut down. Legend says that Ezra fitted the base of the tree with numerous iron spikes to prevent the tree being cut down.

In July of 1902, the Beaman Oak was turned into furniture by Joseph L. Howe and his son, Ernest Howe. Parts of the tree went to its final owners, the Dorcas Society of the West Boylston First Congregational Church. The Dorcas Society used parts of the tree to furnish the parlor and mantel of the Congregational Church and made souvenirs to sell to people from surrounding towns. There are chairs, gavels, tables, canes, toothpick holders, and others made from the Beaman Oak. The historic tree is represented on West Boylston’s town seal.

Below are two photographs of the Beaman Oak. One depicts the Oak on a sunny day, while the other depicts the Oak shortly before its end. This photograph is featured in a frame…made from the Beaman Oak! While it was sad for such a historic tree to fall, it’s wonderful to think that it became part of everyday life here in West Boylston and Worcester County. 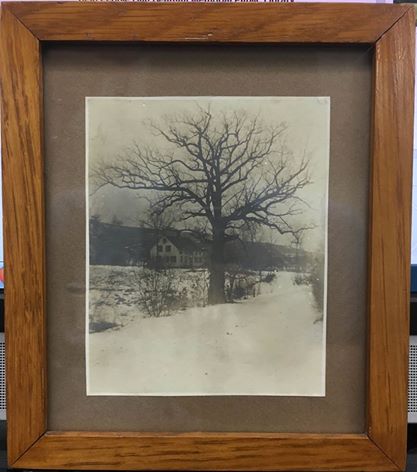 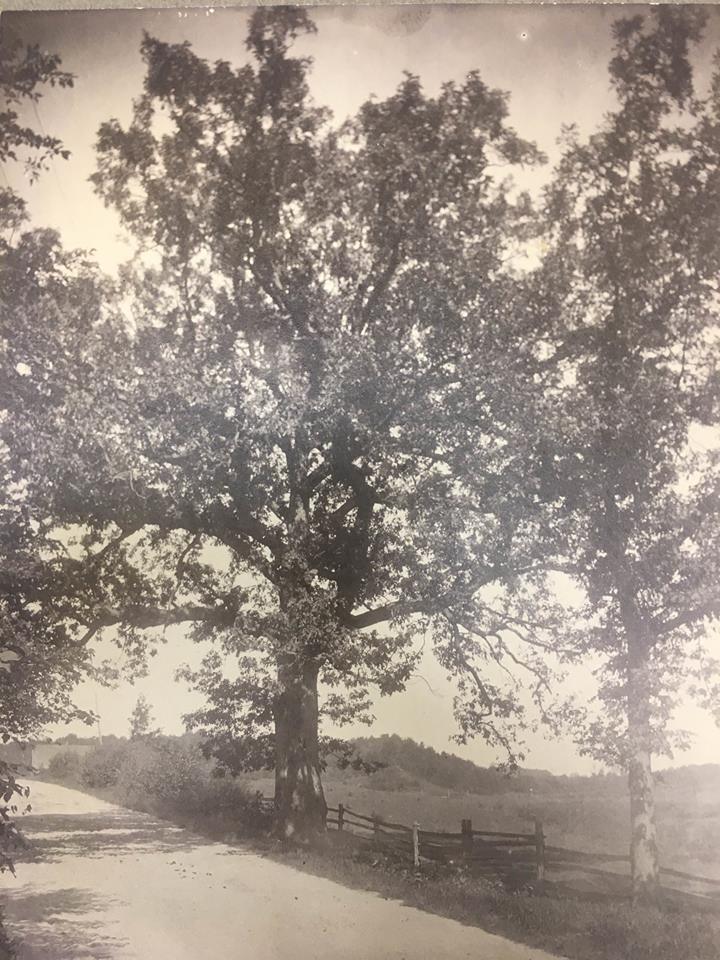