West Boylston’s soldiers left for training in the few weeks following Congress’ declaration of war on April 6, and, at home, the town prepared to contribute to the war effort. World War I had raged already for three years in Europe. America’s allies, including Britain and France, faced starvation. To support our allies and our own troops, the government ordered that farmers increase food production nationwide.

The increase in agriculture became a patriotic ambition of several town residents, including Selectman W.C. Pierce and former Selectman A.J. Scarlett, who discussed their plans for increasing acreage and seeking affordable help.

A speaker from the Massachusetts Agricultural College, Charles H. Gould, came to speak to the West Boylston Grange on April 27, 1917. Gould encouraged local farmers to grow crops like potatoes, corn, and beans which could survive winters better than more “perishable” items like spinach. Increasing crop yield was just one of the ways West Boylston contributed to aiding our allies and feeding our soldiers. Check out the newspaper clippings below for the full story. 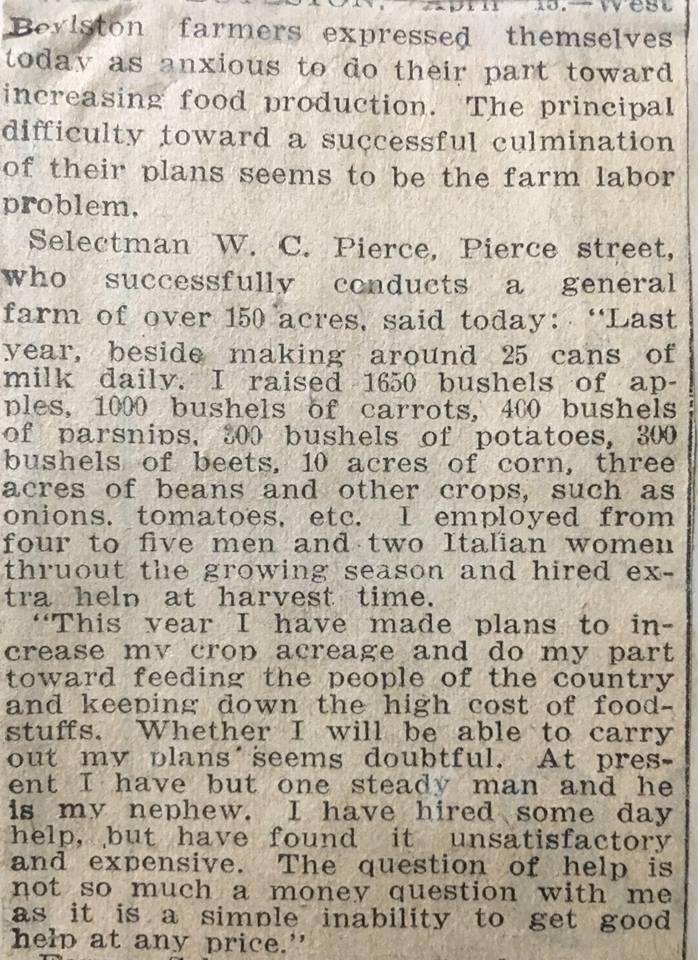 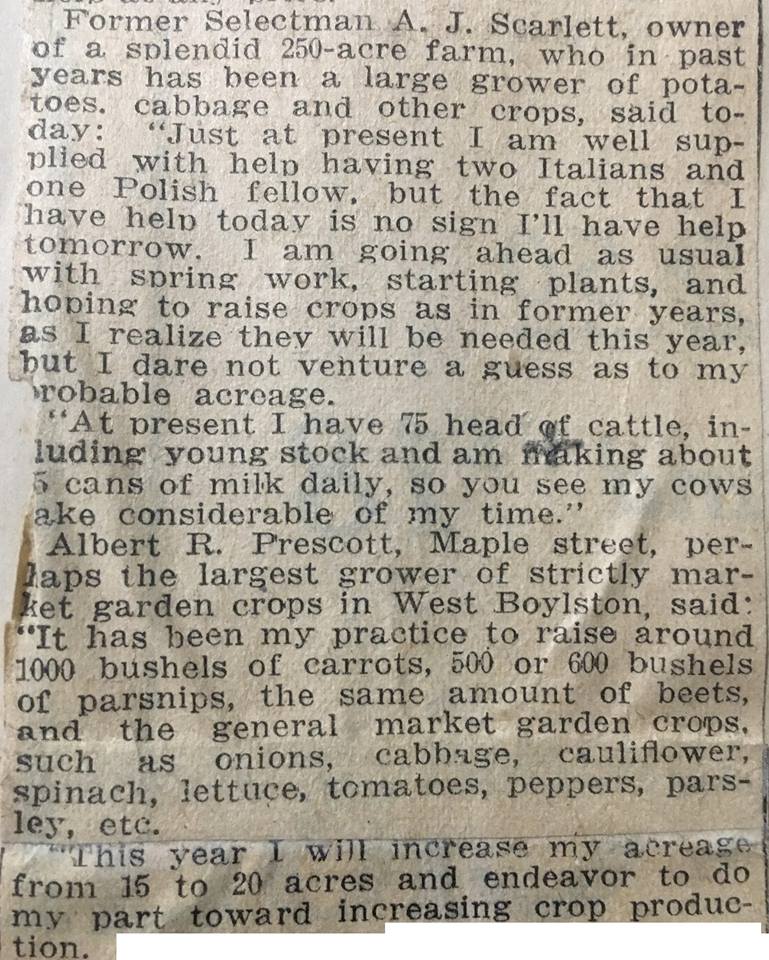