Here are some cool pictures of West Boylston before the reservoir. 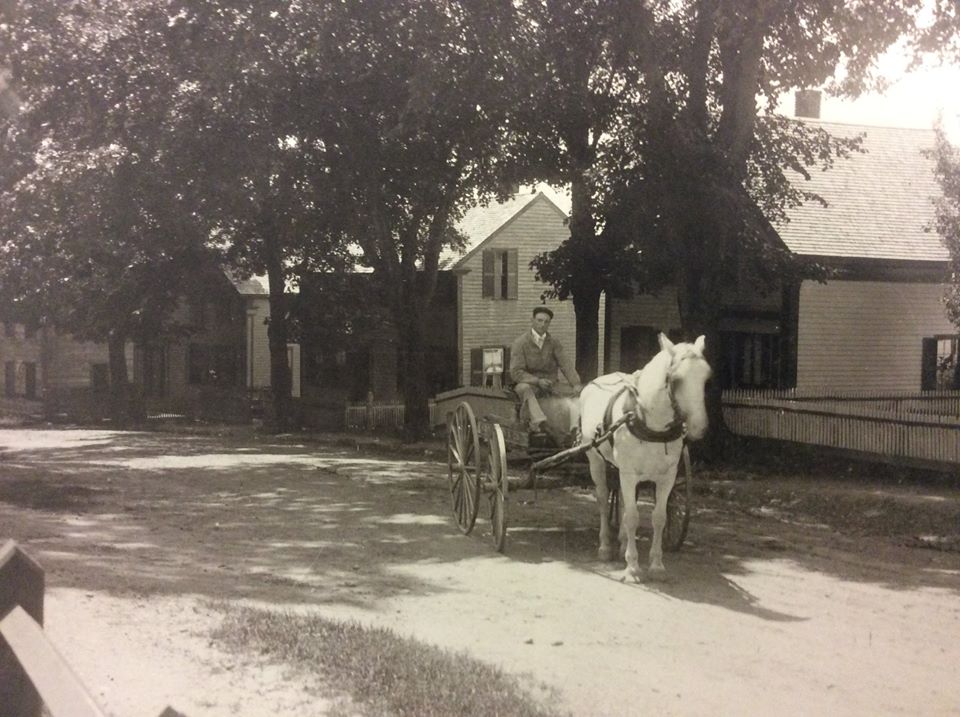 First, a man drives a horse-drawn cart up a dirt road. The description attached to the photo is “Driving Up From the Valley.” The valley housed many of West Boylston’s businesses, mills, and houses; now, of course, it is the Wachusett Reservoir. Though this photograph doesn’t come with information about the cart’s location or the identity of the man driving it, it gives us a glimpse of what an average day in pre-reservoir West Boylston may have looked like. 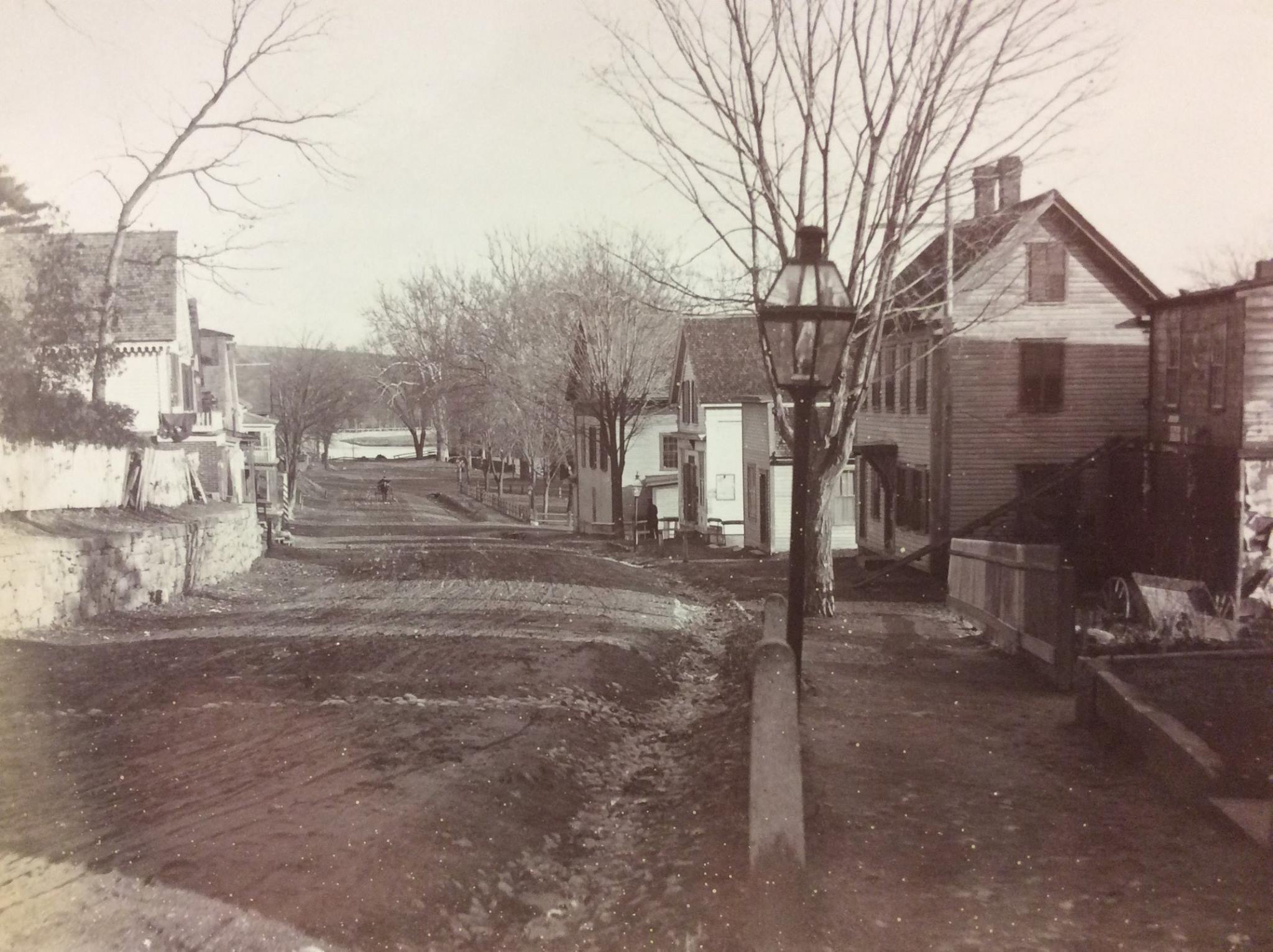 The second photo depicts East Main Street (now underwater) looking down toward a park, visible at the end of the street on the right. The closest building on the right is Goslin’s Blacksmith shop. The next building down is a shoe shop, and the next one is a market called Sawyer’s. This street contained numerous local businesses. On the left are numerous residential buildings and a prominent stone wall in the foreground. Again, this photo doesn’t come with great detail, but it shows us a slice of what the town looked like before it was flooded. 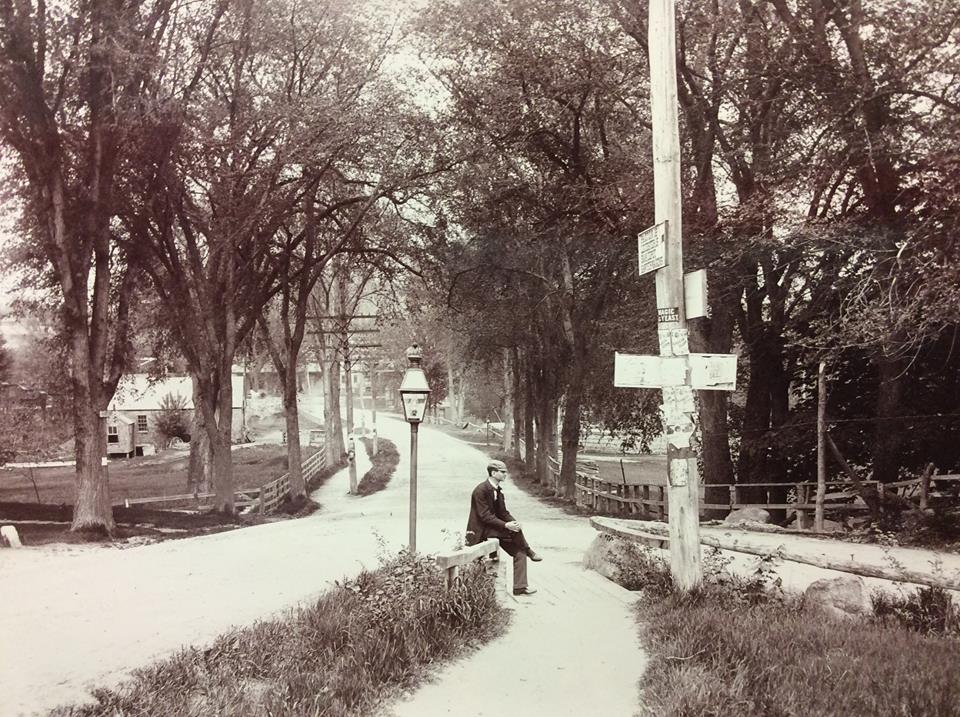 A few faces, fashions, and locations from West Boylston’s pre-reservoir past

1) H.O. Sawyer & Co., a business in the grim trade of embalming and undertaking, with four men standing outside along with two horse-drawn carriages. 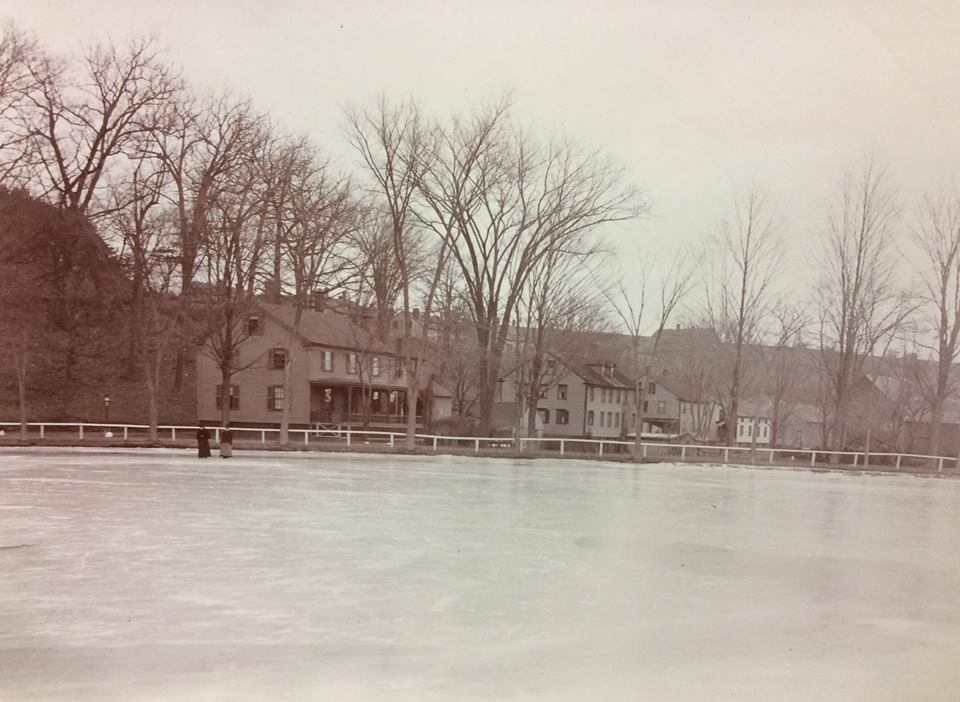 2) Two brave women embark across the frozen surface of the Mill Pond. 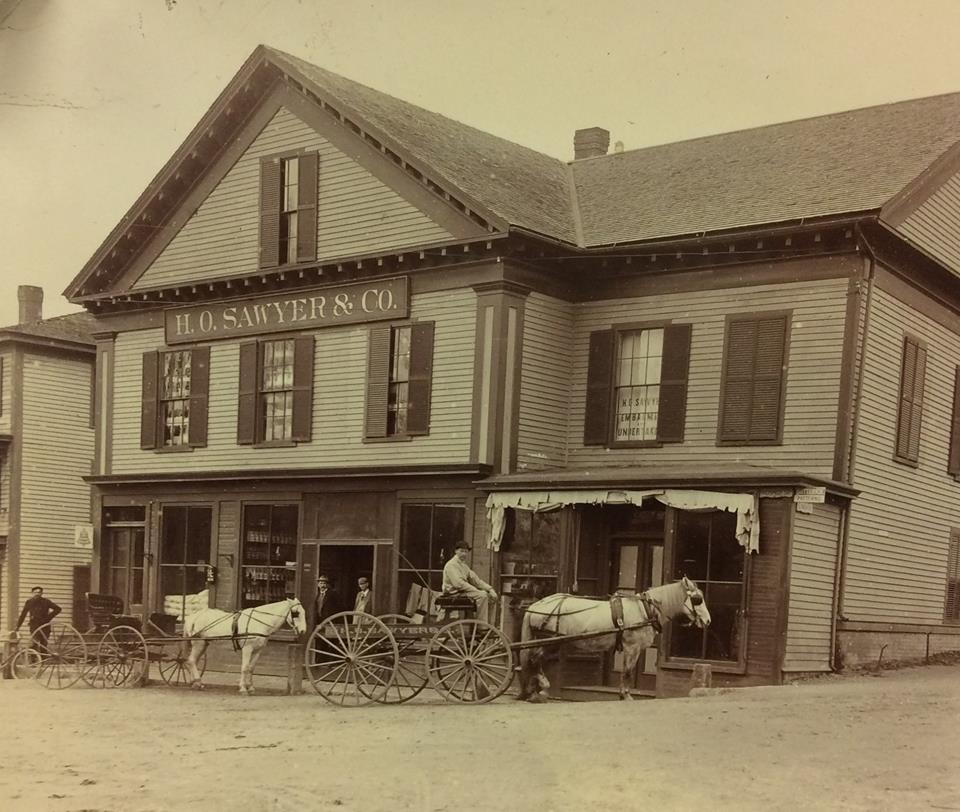 3) A man enjoys the weather while sitting on a bench at the intersection of Old Worcester Road and Prospect Street. 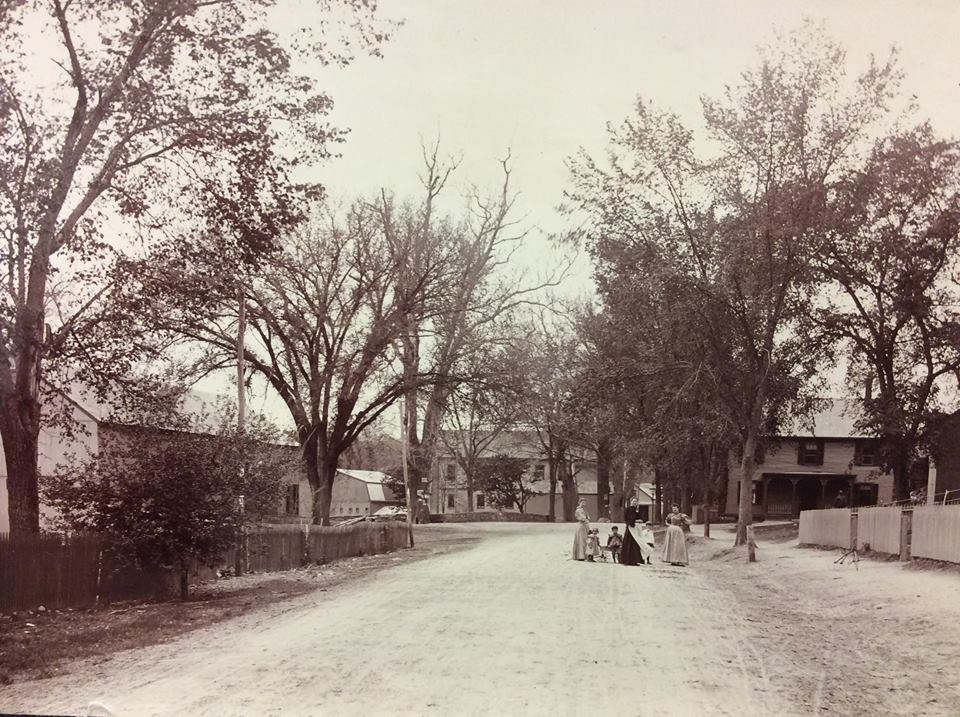 4) Three women and three children, with a small wagon to share, stand in the middle of Clarendon Street, possibly posing for the photographer.

Before the reservoir, West Boylston’s town center was a hub of activity. Pictured below is a strip of businesses in the heart of the old town; these businesses backed up against the Mass Central Railroad and faced a small, pretty park. The first building on the right is Grand Army Hall and the local Provisions Market, outside of which a man and a dog relax on the porch. 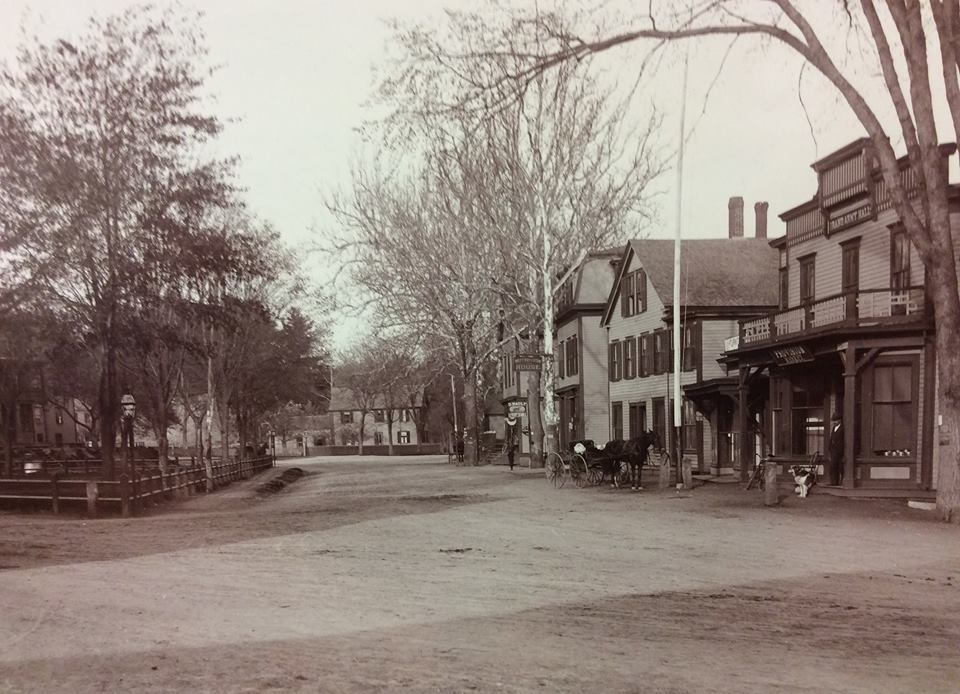 Beside the Grand Army Hall is the police station, where a horse and carriage await a missing driver. Next to the station is the West Boylston House and D. Nault’s Livery Stable, where local horse-owners or weary travelers could pay to house their horses for a night, for weeks, for months, or longer. The final visible building in the row contained a drug store and a millinery, a shop which sold women’s hats.