From 1918 to 1919, a powerful strain of influenza, commonly known as Spanish Influenza, killed approximately 60 million people worldwide. The flu was unusual because it killed previously healthy people in their 20s-40s within hours or days, whereas normal strains of influenza mostly kill the elderly, the very young, or people with previous conditions. In the United States, over one-quarter of America’s population caught the flu and about 700,000 people died. In Massachusetts, roughly 45,000 people died. Some estimates state that 6% of the world’s population died in the span of one year. The outbreak of the Spanish flu also contributed to the end of World War I; about one-third of deaths among military personnel were as a result of the flu or other diseases.

And, unfortunately, West Boylston was not free from the Spanish flu. Below are two Board of Health reports in annual town reports; one is from 1918 and the other 1919. As we can see in the 1918 report, seven people died from the flu between September and the end of the year. The total amount of people who had the flu and survived is not stated. In 1919, fifteen people caught the flu. The amount of people who died from the flu is not stated. Many of the people who died from the flu in town died from pneumonia caused by the flu. Some died quickly, others lingered for days, weeks, or even months. Whole families became sick and, in some cases, all died. Public buildings, including the schools and libraries, closed to prevent spreading of the disease. It was truly a terrifying time to live.

The period of 1918-1919 was filled with mixed emotions: World War I drew to a close in late 1918 and early 1919, but the devastating flu ravaged the world. The staggering amount of people killed by the flu worldwide—60 million or more—reminds us of the sheer power of disease and nature’s indifference to its victims. 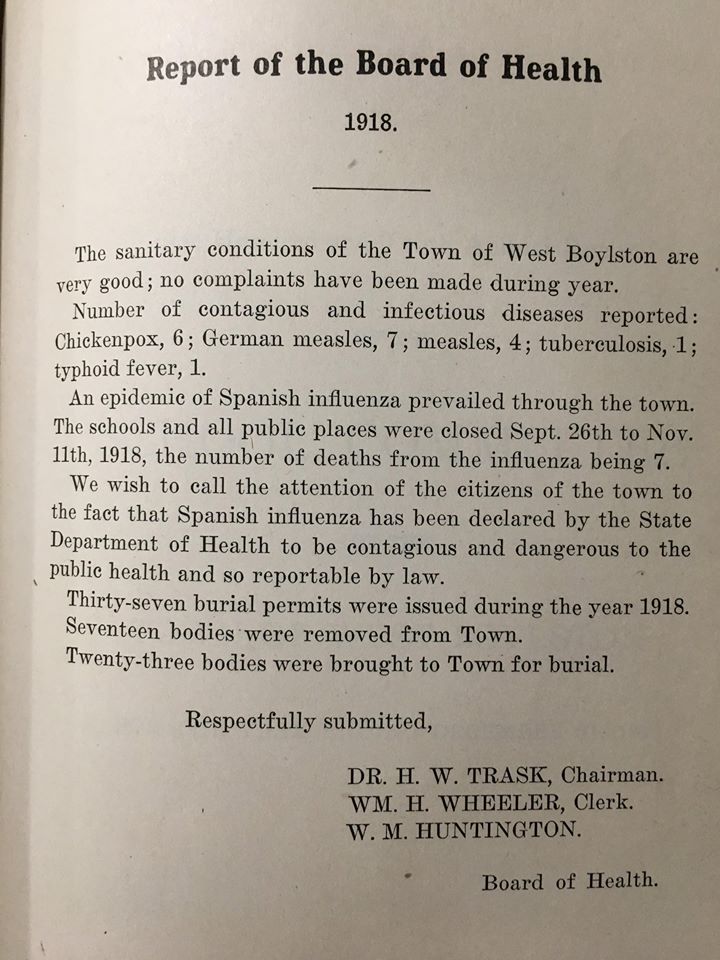 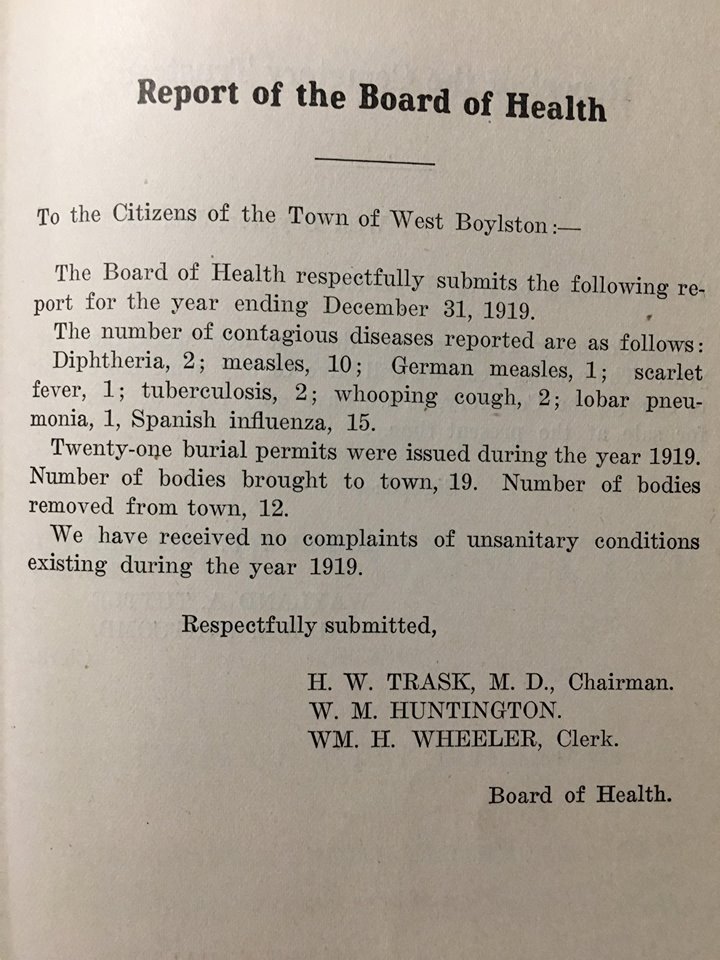