The luxury liner the RMS Titanic sank on April 15, 1912, and in the past century the stories of the ship, passengers, and crew have been retold in musicals, novels, and films, including one of the highest-grossing and popular movies of all time. From West Boylston come two personal connections to the disaster. 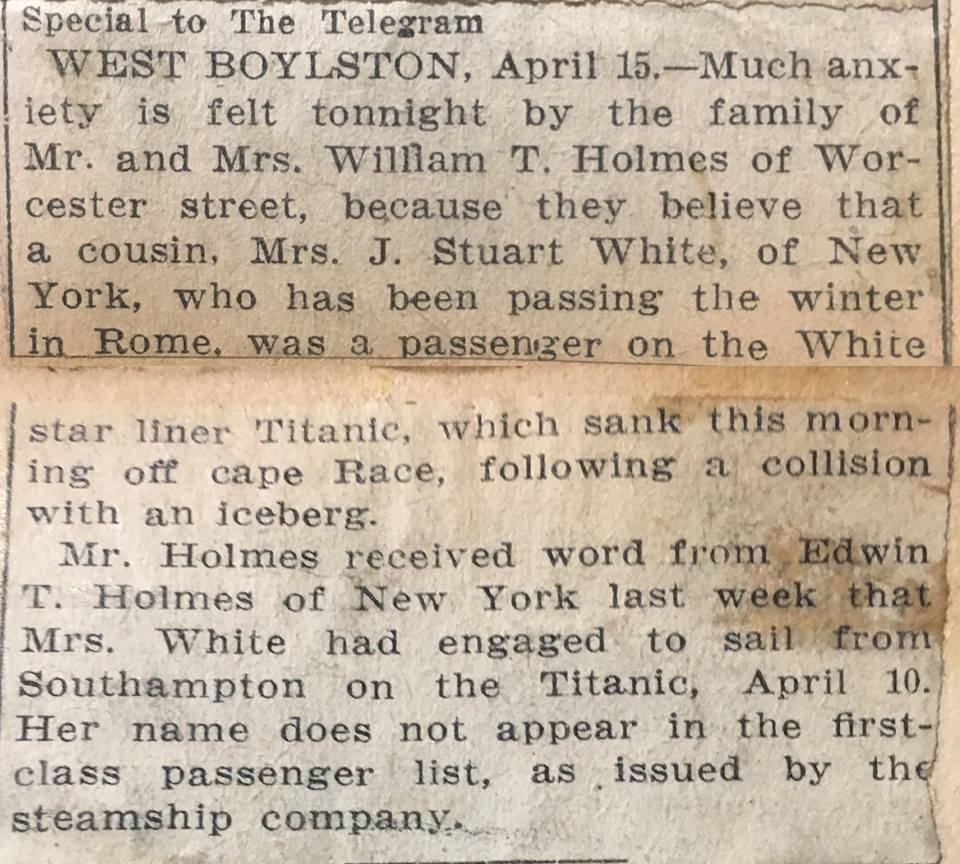 First comes the story of two fretful residents, William T. Holmes and his wife, who had a cousin that sailed on the infamous ship. Mr. Holmes’ cousin, Mrs. Ella (Holmes) White, was set to return home to New York on the maiden voyage. The newspaper article, left, written the day the Titanic sank, lists Mrs. White’s status as unknown. 105 years later, we know Ella survived, thanks to the online database Encyclopedia Titanica. She sailed Second Class with a maid and a servant. The maid survived while the servant, sadly, did not. 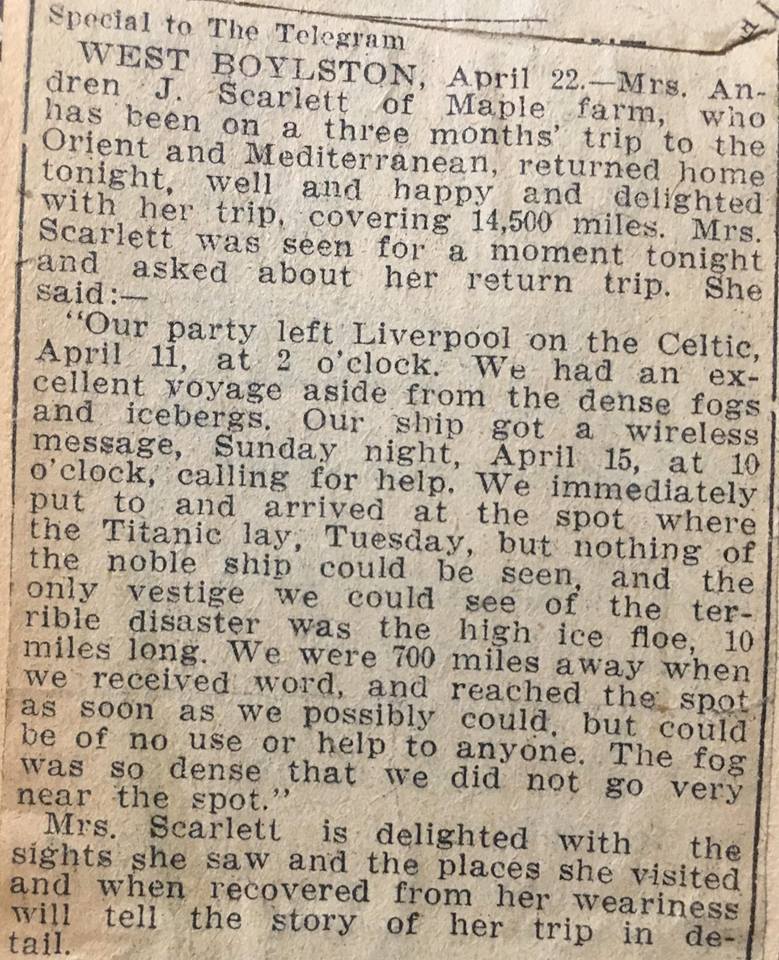 The next story comes from the wife of Andren Scarlett who had been vacationing in Europe and Asia. She returned home on another White Star Liner, the RMS Celtic, which sailed to the spot where the Titanic went down. She writes how she saw the massive iceberg that sunk the Titanic but saw no sign of the ship or passengers. Mrs. Scarlett’s full story is here.