The Civil War was America’s darkest moment; the nation’s politicians and people became so divided over the institution of slavery and numerous other factors that we eventually fractured into two separate nations: the United States of America and the Confederate States of America. In its few years, the Confederacy printed its own money.

In 1913, nearly 50 years after the war’s conclusion, the U.S. Treasury department sent some of the useless Confederate money to libraries around the nation as an educational material and a reminder of the nation’s worst conflict. The Beaman Library received several bills, including the ones pictured below (the $20 bill is a CSA bill and the $1 bill was printed by the Virginia Treasury Department). The $20 bill depicts the Tennessee State Capitol and Confederate Vice President Alexander Stephens. The $1 bill depicts a milk maid and Virginia governor John Letcher.

During the war, the currency had no actual value—it was only symbolic that, one day, when the Confederacy won the war, the Confederate Treasury Department would pay the bearer of the bill. This can be seen on the bills. For instance, on the $1 bill, there’s the claim: “The Commonwealth of Virginia will pay ONE DOLLAR to the bearer on demand at the Treasury.” The $20 bill has a similar phrase.

More than 150 years after the Civil War, the Confederacy’s currency still exists and has become a popular collector’s item. Let this surviving currency of a long-gone nation also remind us of that terrible conflict, the lives lost during it, and the heinous institution of slavery that we must always remember and atone for. 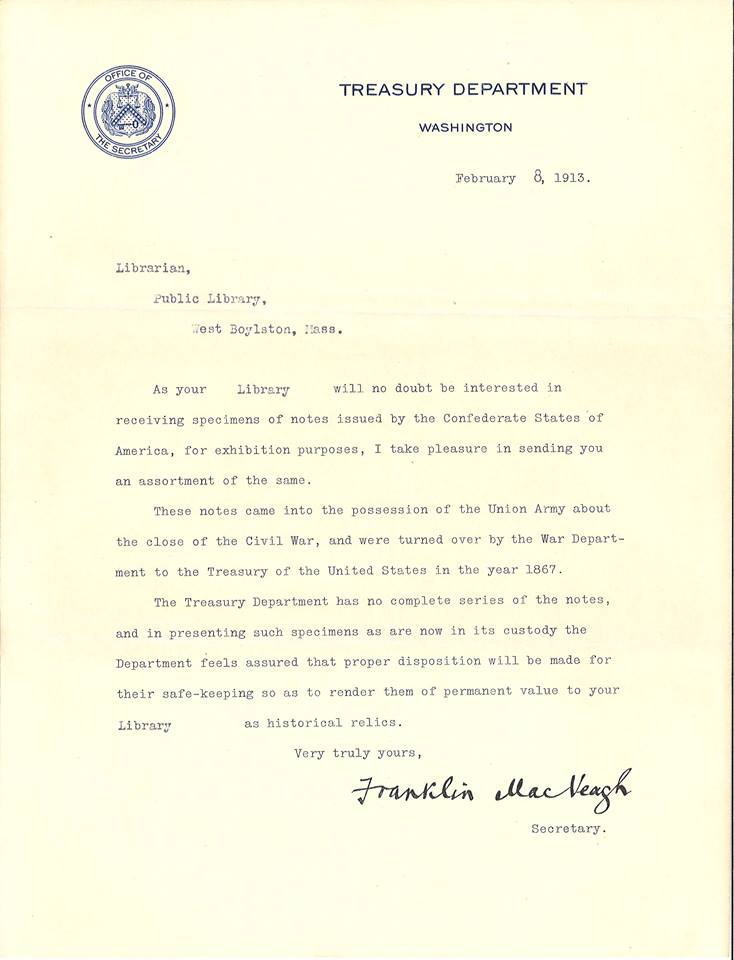