For several decades, the trolley was a vital method of transportation for people across the country. Central Massachusetts had numerous trolley lines. Worcester’s citizens especially relied on its trolleys. Today, little evidence remains that they ever existed. West Boylston had a trolley line running through it starting in the 1900s.

On July 19th, 1905, construction began on the Leominster & Worcester trolley line near Fletcher Street, not far from the Old Stone Church. The trolley line created, as suggested by its name, a direct line between the cities of Leominster and Worcester—which we today call Route 12. The introduction of the trolley helped build up Route 12 to the north and south of town. West Boylston Street became a more trafficked and accessible road to Worcester while Route 12 toward Leominster became a major road as well. Thanks to the trolley, travel between the two cities became easier than before, and West Boylston’s residents had a faster way to get to work or to visit their families in Worcester. After the loss of so much industry during the construction of the reservoir, the advent of the trolley line helped put West Boylston back on the map.

Below is a news article from July 19th, 1905 detailing the laying of the first rails. 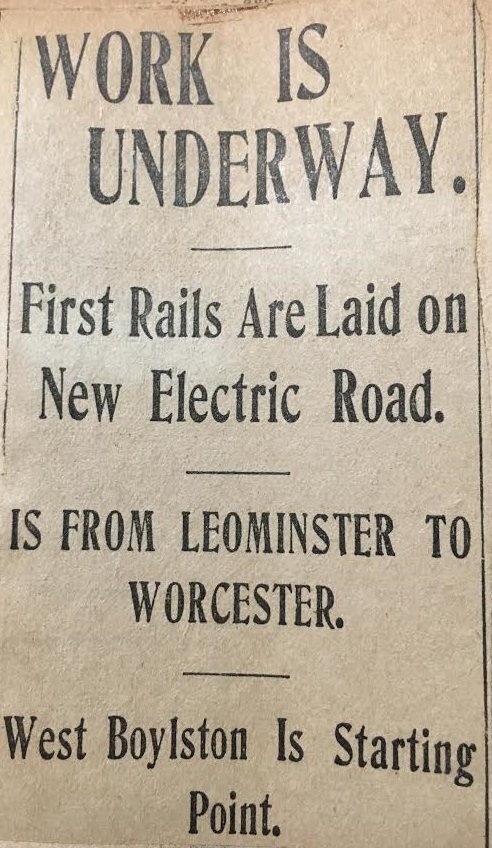 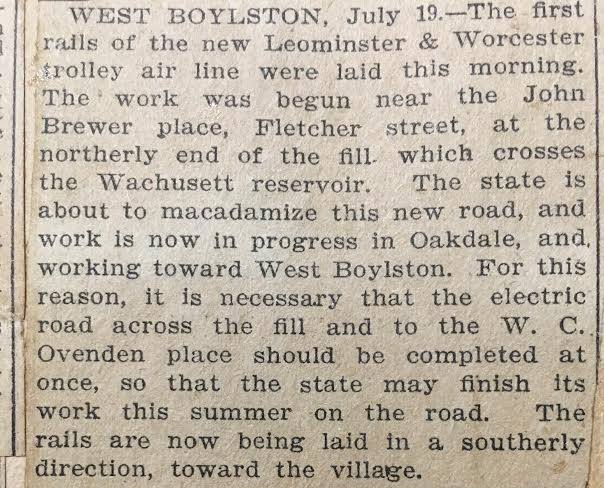