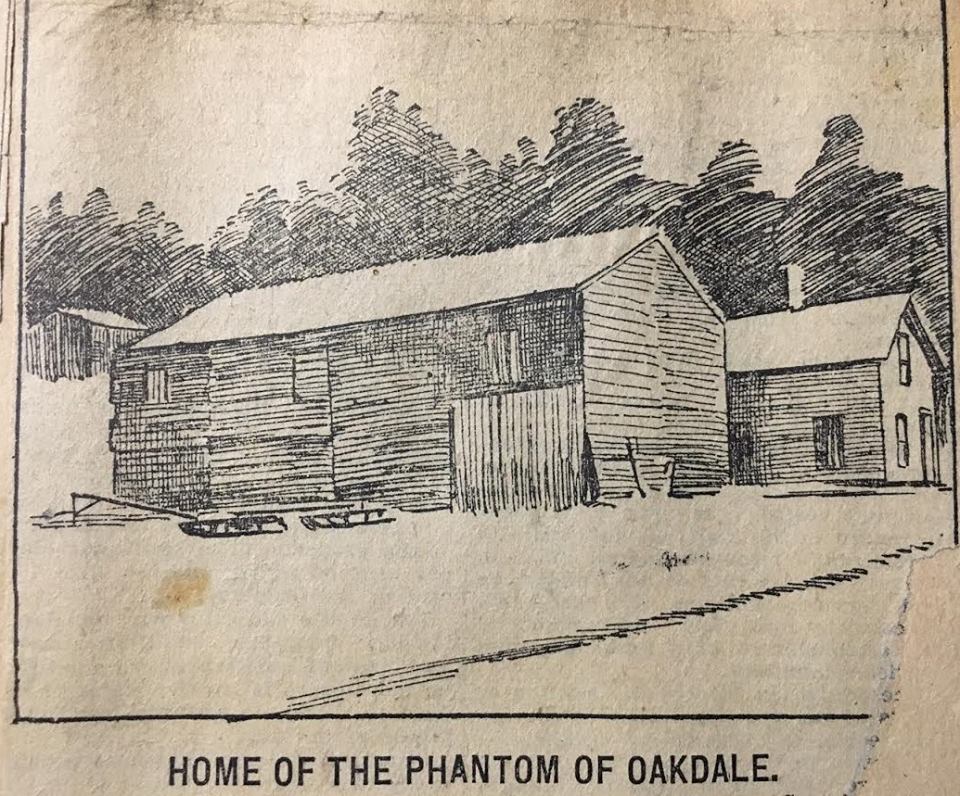 A series of eerie hauntings plagued the village of Oakdale in 1899. Three woodchoppers who lived together in a shabby barn begged the sheriff for help after a spirit began terrorizing them in the dead of night. They believed the ghost was that of Fett Gilman, a thief who died two years prior, months before he could be tried for his crimes.

The woodchoppers who now lived in Gilman’s barn—Felix Courtemanche, Cyril Demerse, and Napoleon Le Blanc—each had an encounter with the violent spirit. Felix awoke to find their winter coats flying across the room like bullets; Napoleon awoke from a realistic nightmare to find a stinging slap mark on his cheek; Cyril came face-to-face with a fully-formed apparition of Fett Gilman.

The three men went to the police, who agreed to look into the events. The constable joked that if a ghost is in Oakdale, it must obey Oakdale’s laws. According to the Telegram article, the police and several other members of the community encountered the “spook” and failed to scare it off. Eventually, the three wood choppers became so overwhelmed by the haunting presence that they took their horses and left town.

Below are several clippings from Mary Cook’s Telegram article regarding the story, including an account of one of the events and the events which followed. This story is from February 19, 1899. 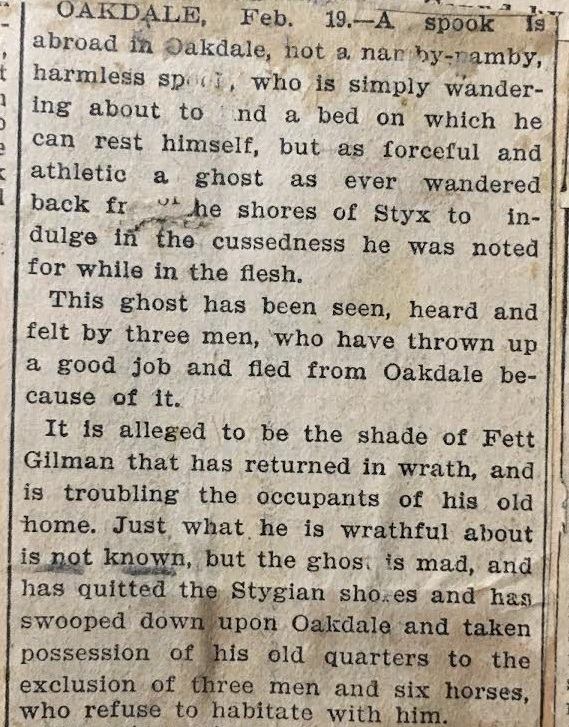 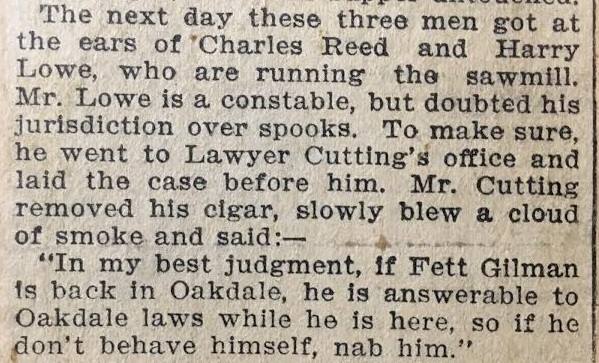