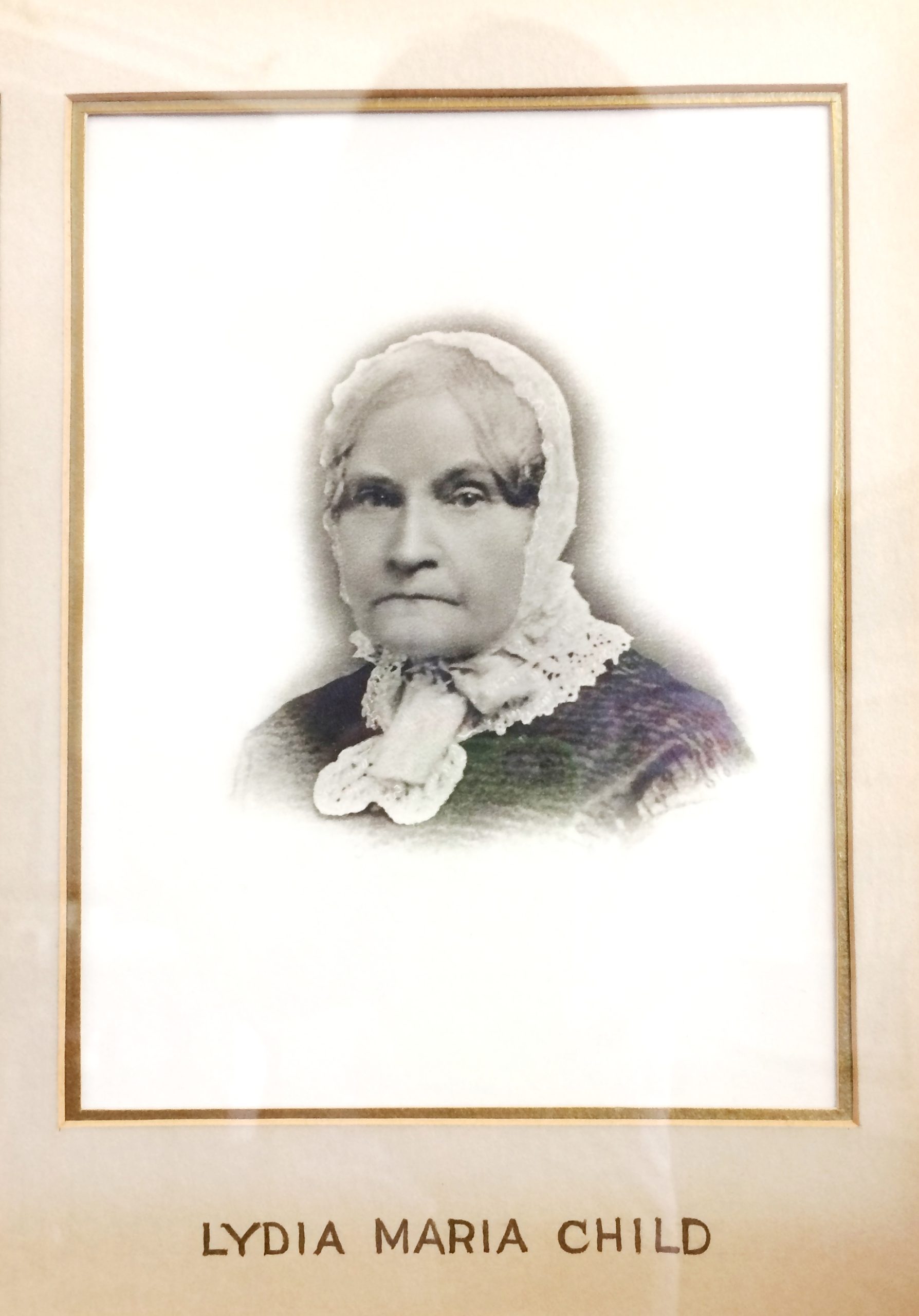 The town of West Boylston owes a great debt to Lydia Maria Child (1802-1880). Though she did not live in West Boylston for long, her husband David Lee Child (1794-1874) was born in town. Lydia donated his entire book collection to found the first West Boylston public library upon his death.

Lydia was born in Medford and, during her life, became one of America’s most radical people. She was an Abolitionist, a supporter of Native American rights, a fierce defender of women’s rights, and an opponent to America’s continued expansion.

At the age of 22, she published her first novel, Hobomok. The book followed the story of a white European immigrant who married a Native American. Eventually, the husband died and the woman struggled to raise her mixed race son. The novel was immediately controversial and poorly reviewed for its depiction of a mixed race relationship. But Hobomok was only the beginning of Lydia Maria Child’s controversial career.

Lydia became well-known for her Abolitionist ideals; in the 1830s, thirty years before the Civil War, she argued that all slaves should be immediately emancipated and slaveholders should receive no compensation whatsoever. She became editor of the National Anti-Slavery Standard in 1840. She also wrote numerous pamphlets on Native American rights and reforms, calling upon the government and the nation’s religious leaders to speak out against past and current crimes committed against America’s indigenous peoples.

The list of Lydia Maria Child’s accomplishments cannot fit into one article. We have several biographies about her, as well as some of her original works. Below is a picture of three books about Child, and you can find them all in our Biography section under “Child.”