While war raged across the world, American civilians at home contributed their time and resources to supporting troops overseas. West Boylston’s citizens staged social events to raise money for the troops and their families. In November 1917, several families hosted a chain of social events at which each attendee brought 25 cents and any knitted garments. The attendees of that social event would, in turn, host another social event and ask guests to bring 25 cents and any knitted garments, and those guests would turn host a similar event—and so on. The hostesses made over $150 from this chain of parties, and they sent the money to purchase Christmas gifts and necessities for the soldiers.

Knitting or sewing garments was another way for people on the homefront to support the war effort. The Red Cross had numerous drives of sweaters, socks, and other articles of clothing. West Boylston residents contributed their crafted garments to the drives, and local businesses supplied sewing machines for public use. To add to this patriotic duty, the women of Oakdale raised money for a new flag at the Oakdale train station, which they made by hand.

America became involved in World War I one hundred years ago this month. Within weeks, West Boylston’s residents had rallied and strengthened their support of our soldiers overseas. For the full stories of our town’s patriotic contributions, read the newspaper articles below. 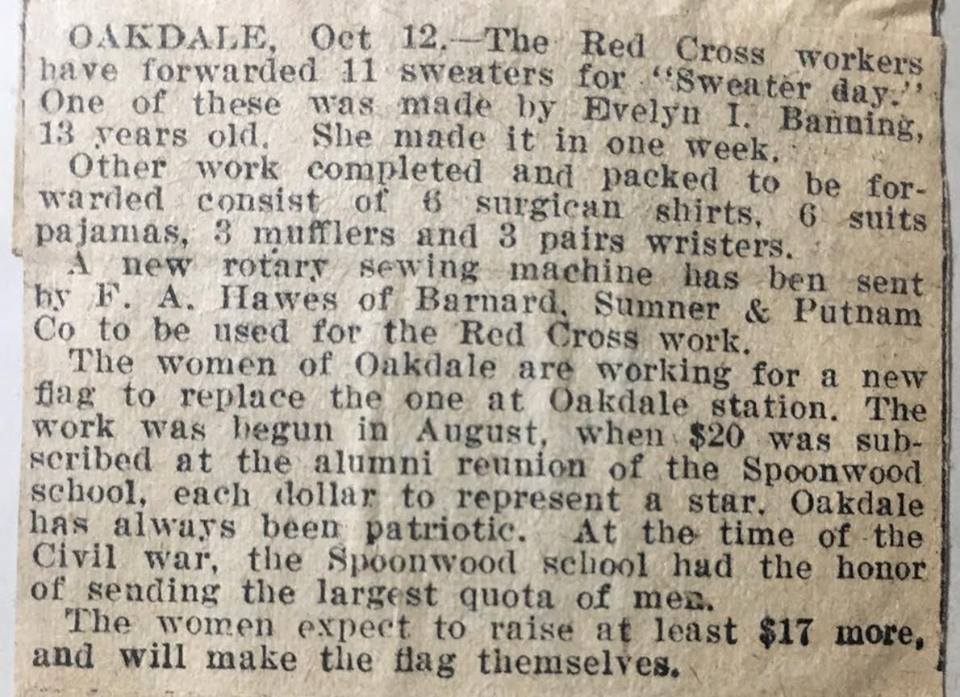